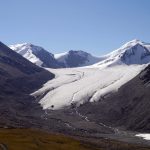 For the past 15,000 years, a glacier on the northwestern Tibetan Plateau of China has hosted a party for some unusual guests: an ensemble of frozen viruses, many of them unknown to modern science. Scientists recently broke up this party after taking a look at two ice cores from this Tibetan glacier, revealing the existence […]

END_OF_DOCUMENT_TOKEN_TO_BE_REPLACED 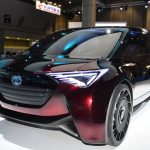 Two of Japan’s biggest automakers, Toyota and Honda, are recalling millions of cars over unrelated safety issues. Toyota said Tuesday it would recall 3.4 million cars, 2.9 million of which are in the United States, because of potentially defective equipment meant to protect passengers during a crash. The affected models in North America, Central America […]